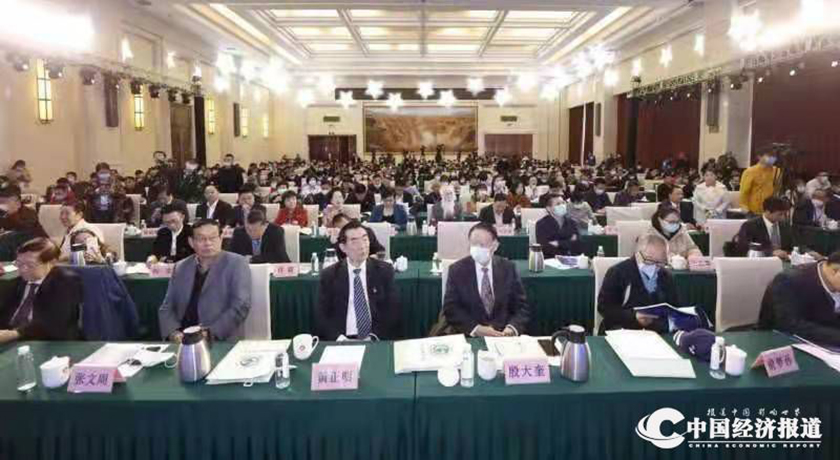 From April 10 to 11, the Third National Conference on Promoting Healthy Development and the Summit of Health Education on Normal Prevention and Control of the Epidemic was held in Beijing, which was sponsored by Chinese Medical Education Association, and undertaken by Association of Chinese Medical education for health promotion office, popular science centre for health education and health education, health management and characteristic medical, health physical examination and assessment of professional committee, gerontology and geriatric medicine society of China association for science and health club, China life care for health promotion, centenarians engineering working committee, Shi Yuan Tang (Beijing), an international institute of medicine. Reported by Xionghui from China Economic Report in Beijing on April 12.

There were over 600 people in this conference. Including Zhengming Huang , who is the president of Chinese Medical Education Association, and the academician of the United Nations international the ecological safety of life academy. Dakui Yin, the former vice minister of the ministry of health. Mengsun Yu ,the academician of Chinese Academy of Engineering.  Hongzhao Guang, he is the China's chief health education expert. Tiangui Li, the master of the third national physician in Hebei province the vice President, of Hebei medical university and the President of Hebei Provincial Association for the Promotion of Medical Care. Zhenyang Jin, the Director of Education Technology Center of Beijing University of Chinese Medicine, the Chief Designer of Cloud Platform of Traditional Chinese Medicine Master, the Secretary General of World Medical Qigong Association. Cheng Shi, the Vice Chairman of Human Health Organization, the Director of Drug Guidance Center of China Inspection and Control (Commandant in Chief), Chairman of the Board of Comrades in War Holding Group. Zhenggao Zhu, Vice Director of the Characteristic Medical Work Committee of China Medical Education Association, Executive Chairman of the Healthy China Action Committee, President of Shi Yuan Tang (Beijing) International Medical Research Institute. Li Yong, Academician of the European Academy of Sciences in French, Doctor of Nutrition and Food Hygiene of Academy of Military Medical Sciences, winner of the Chinese and Western Medicine Innovation Achievement Award, the theorist of chronic disease rehabilitation medicine, and the expert group leader of the Special Fund for Chronic Disease Rehabilitation of China Health Promotion Foundation. Hanxu Zhang, the first person of health management in public health in China, dean of Hanxu Health Management College and the professor of school of Public Health in North China University, and so on.

Mr. Cheng Shi, Vice Chairman of the Organization for Human Health, Director of the Guidance Center for Drug Inspection of the People's Republic of China (Commander in Chief) and Chairman of the Board of Comrades Holding Group, delivered a speech on behalf of Chairman Su Lin of the Organization for Human Health: Human health group is an international non-profit organization, founded in 2012. We should cooperate with the United Nations and governments to better achieve sustainable development targets at the United Nations organization framework, and be further supported by the United Nations, regard human health organization as a platform, with the strategic guidance of global health, to popularize health education throughout the world, to spread health culture idea, to advocate healthy lifestyle, let health accompany every person on the earth, let human beings have a healthy and bright future.

Since the outbreak of COVID-19, Chairman Su Lin of the Organization for Human Health has quickly organized nearly 100 top scientists, experts and scholars around the world to establish HH0 Health Science Institute, actively giving full play to its platform advantages in the world. It is establishing standards for human health organizations that are different from those of China, the United States, the European Union and other countries and regions, such as the standards of safe food, nutrition, traditional Chinese medicine, community services for the aged, navigation and psychological assessment of life.

Cheng Shi pointed out: We have seen, in view of the acting of China's Health Program for China's 2030, the Law of the People's Republic of China on the Basic Medical and Health Care and Health Promotion, on January 26, 2021, defense of China's state council document issued [2021]Number 9 report, which is about COVID - 19 epidemic prevention and control under the normalized to further strengthen guidance of health education work, Today, China Medical Education Association holds the  conference to let us see the association further strengthen the health education work by following the decision of the CPC Central Committee and the State Council deployment, advancing with the times, firmly with the Chinese epidemic prevention and normalized control . These actions truly implement the Chinese government's guidance of "people first, adhere to the joint prevention and control, adhere to the scientific and accurate", “put the people's life safety and health first”. We should give priority to prevention, attach equal importance to traditional Chinese medicine and western medicine, popularize health knowledge, guide the public to develop a correct view of health, develop a healthy lifestyle, and improve the health literacy of the whole people. It has set a good example for people around the world to step into health undertakings in the post-epidemic era. 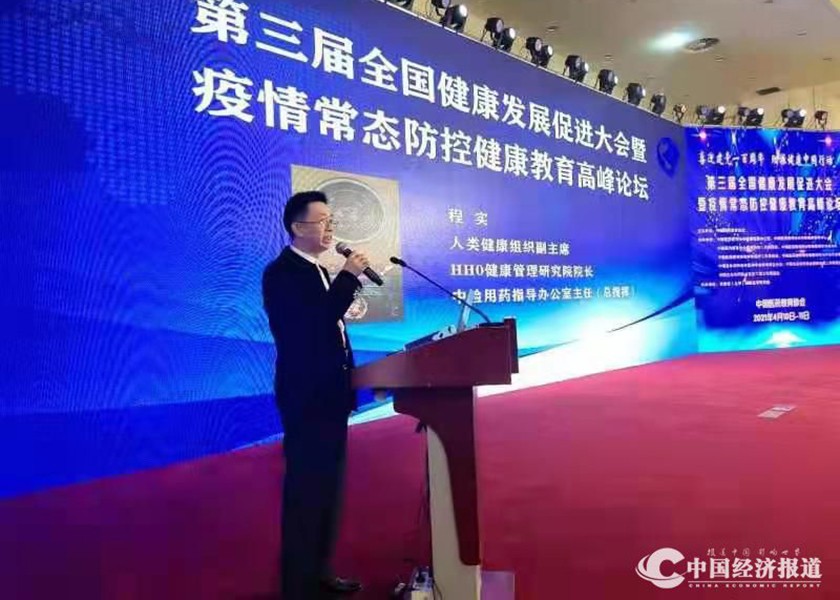 Cheng Shi also said, as a member of Human Health Organization, we are fully aware of the great purpose of "making every person living on the earth healthy". Human Health Organization in China, whether from the cooperation with Tencent to jointly launch the "Health Ambassador" campaign, or to promote the filling of China's pharmaceutical genetic testing industry standards: the group standard for detection of single nucleotide polymorphism (SNP) sites in biological samples --MALDI-TOF MS, which was promulgated on December 18, 2020 and implemented on January 21, 2021, we are convinced that the scientific detection of safe drug use will soon be included in China's medical insurance; To support the construction of the training system of "One Member of Three Teachers" and the implementation of "Everyone Healthy Living Pavilion" of Hanxu Health Management College of China; In terms of psychological evaluation, the Human Health Organization has incorporated the "Navigation Life" psychological evaluation system of Honru Beijing Institute of Technology into a key project. Currently, it has formed 52 categories of 999 standards, and has won more than 1,000 national intellectual property rights and 13 patents. Its assessment covers various psychological assessments such as college students, medical personnel, hospice care, emergency response, veterans, community correction, etc. International institutions are authorized to formulate corresponding standards for policies, laws and regulations, humanities and religion, education, marriage, etc. For food of Chinese culture, our human health organization in the headquarters of the United Nations held two times "Chinese food expo", at present, we are the strategic support comrades holding group to promote the subject of Oriental soup, which is an intelligent vegetarian restaurant with no kitchen, no chef, and bringing the Oriental soups project into human health organization of the layout of the key projects in the world.

At last, Cheng Shi summarized: On behalf of the Human Health Organization, in China, we will work closely with the relevant departments of the Chinese government to tap the resources of various fields of Chinese health, and actively support and cooperate with the China Medical Education Association to carry out various health education activities, so as to make positive contributions to the cause of human health!